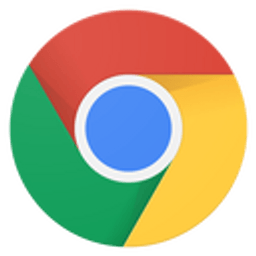 There may be data/utilities you’d like to use in many components, but you don’t want to pollute the global scope. In these cases, you can make them available to each Vue instance by defining them on the prototype:

Now $appName is available on all Vue instances, even before creation. If we run:

Then "My App" will be logged to the console!

The Importance of Scoping Instance Properties

You may be wondering:

“Why does appName start with $? Is that important? What does it do?

No magic is happening here. $ is a convention Vue uses for properties that are available to all instances. This avoids conflicts with any defined data, computed properties, or methods.

“Conflicts? What do you mean?”

Another great question! If you set:

Then what would you expect to be logged below?

It would be "My App", then "The name of some other app", because this.appName is overwritten (sort of) by data when the instance is created. We scope instance properties with $ to avoid this. You can even use your own convention if you’d like, such as $_appName or ΩappName, to prevent even conflicts with plugins or future features.

Let’s say you’re replacing the now-retired Vue Resource. You really enjoyed accessing request methods through this.$http and you want to do the same thing with Axios instead.

All you have to do is include axios in your project:

Then you’ll be able to use methods like this.$http.get in any Vue instance:

The Context of Prototype Methods

In case you’re not aware, methods added to a prototype in JavaScript gain the context of the instance. That means they can use this to access data, computed properties, methods, or anything else defined on the instance.

Let’s take advantage of this in a $reverseText method:

Note that the context binding will not work if you use an ES6/2015 arrow function, as they implicitly bind to their parent scope. That means the arrow function version:

Would throw an error:

When To Avoid This Pattern

As long as you’re vigilant in scoping prototype properties, using this pattern is quite safe - as in, unlikely to produce bugs.

However, it can sometimes cause confusion with other developers. They might see this.$http, for example, and think, “Oh, I didn’t know about this Vue feature!” Then they move to a different project and are confused when this.$http is undefined. Or, maybe they want to Google how to do something, but can’t find results because they don’t realize they’re actually using Axios under an alias.

The convenience comes at the cost of explicitness. When looking at a component, it’s impossible to tell where $http came from. Vue itself? A plugin? A coworker?

So what are the alternatives?

When Not Using a Module System

In applications with no module system (e.g. via Webpack or Browserify), there’s a pattern that’s often used with any JavaScript-enhanced frontend: a global App object.

If what you want to add has nothing to do with Vue specifically, this may be a good alternative to reach for. Here’s an example:

If you raised an eyebrow at Object.freeze, what it does is prevent the object from being changed in the future. This essentially makes all its properties constants, protecting you from future state bugs.

Now the source of these shared properties is more obvious: there’s an App object defined somewhere in the app. To find it, developers can run a project-wide search.

Another advantage is that App can now be used anywhere in your code, whether it’s Vue-related or not. That includes attaching values directly to instance options, rather than having to enter a function to access properties on this:

When Using a Module System

When you have access to a module system, you can easily organize shared code into modules, then require/import those modules wherever they’re needed. This is the epitome of explicitness, because in each file you gain a list of dependencies. You know exactly where each one came from.

While certainly more verbose, this approach is definitely the most maintainable, especially when working with other developers and/or building a large app.